On April 6, 1959, seventeen boys, girls, and adults gathered in the old St. John’s Lutheran Church for the first Sunday School hour of what was to become the First Baptist Church of Rosemount. The building had been purchased for $7500. Shortly after this first Sunday the charter members adopted their constitution. The church was then incorporated on June 17, 1959.

Having grown to about 35 members, the church contacted Rev. Ed Johnson. He was pastoring the Maple Springs Baptist Church in Dayton, Tennessee at the time, and completing his seminary training at Temple Baptist Theological Seminary in Chatanooga, Tennessee under the leadership of Dr. Lee Roberson. After candidating at the church and receiving a call, Pastor Johnson informed the church that he would come as pastor. He began his ministry on June 17, 1967. 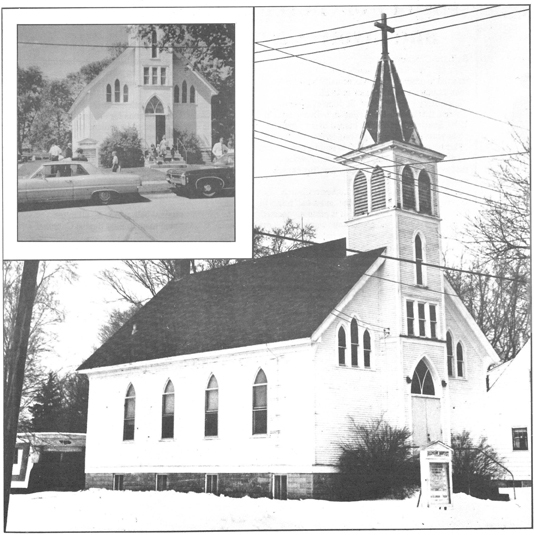 For thirty-five years, Pastor Johnson led First Baptist Church to some great days. In 1967, he began a Vacation Bible Time program. The next year saw the first of many Sunday School campaigns. In 1970, ground was broken for a new building on the corner of 145th and Diamond Path. The Sunday School attendance climbed to 195. This year also saw the beginning of the Bus Ministry at First Baptist Church with a bus Pastor Johnson affectionately nicknamed “Humpy.” In 1971, First Baptist School began (K4-4th grade the first year). In 1973 a new auditorium was built. In 1974 and 1975 First Baptist Church received the honor from Christian Life Magazine of having the “Fastest Growing Sunday School in Minnesota.” On May 7, 1978, the Sunday School attendance record of 1,520 was set. A new gymnasium was also constructed in 1978. In 1979 Moody Monthly also recognized First Baptist Church as having the “Fastest Growing Sunday School in Minnesota.”
There were many other highlights over the years under Pastor Johnson. After thirty-five years of faithful service, on June 16, 2002, Pastor Johnson handed over the job of senior pastor to his associate pastor, Pastor Dave Clear. Pastor Johnson then became “Pastor Emeritus.” Since 2002, Pastor Clear has led the church to some exciting days as well. Sunday School campaigns, Vacation Bible Time, the Christian School, the Spanish ministry have all flourished. First Baptist celebrated fifty years in existence in 2009. The church continues to be a lighthouse in our area where the Gospel continues to shine!
X